I like science fiction. Maybe not necessarily to read, but definitely to watch. One of my strongest memories of childhood revolves around Star Trek: The Next Generation. My parents would order pizza and we’d all four of us (I have a brother) gather around the coffee table and watch the newest episode. Pizza and Star Trek go hand-in-hand for me.

I was going to share a story about my brother but it doesn’t really relate. And he’d kill me for it and I’d rather live to see comments on this post.

Star Wars is another big one in our house. I’ve honestly never understood the whole Star Trek vs. Star Wars debate. And I’ve especially never understood people who declare someone else uncool or unworthy of being a sci-fi lover if they actually like Star Trek and Star Wars. Really? I can’t like both for equal but different reasons? Seriously, one is a tale of a past we could have risen from and the other is the tale of a future we could still grab onto and hang on tight as we ride through it.

I still enjoy a good sci-fi tale. Really I should watch Battlestar Gallactica. My mom watched the new series a couple years back. Sci-fi Channel or BBCAmerica ran the entire series, two episodes each Saturday night. I watch Haven, Warehouse 13, and Doctor Who. And currently my mom and I are working our way through Eureka on Netflix. (Which would actually be a subject for another day. I have some bones to pick with the show right now.)

But writing it? That’s another beast all together. I did all right in science classes growing up, but they were never my favorite. Hence why I majored in Humanities and then English (for my bachelor’s and master’s degrees, respectively). I don’t care enough about the why and how of science technology to write it convincingly in fiction. And I struggle to read it for the same reason. I think sometimes sci-fi authors get so caught up in their cleverness with scientific theories that the tech overpowers the characters and the story itself. I don’t want to read a thesis disguised as fiction, I want to read a story about people, about events that matter to them in a relatable way. 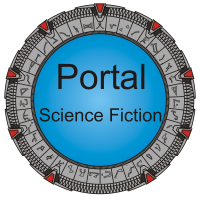 Science Fiction is today’s genre.  Wikipedia places it under the genre of “speculative,” but I really feel like speculative is a category of genres and a genre in and of itself.  Science fiction has been so popular in various media in the last decades that it deserves its own post.

Science fiction:
n. fiction based on imagined future scientific or technological advances and major social or environmental changes, frequently portraying space or time travel and life on other planets.

n. a literary or cinematic genre in which fantasy, typically based on speculative scientific discoveries or developments, environmental changes, space travel, or life on other planets, forms part of the plot or background. (Found here.)

Further reading:
The SF Site: The Best in Science Fiction and Fantasy
Guide to Science Fiction Romance novels
Steampunk Magazine
Steampunk According to Me by Natalie Whipple over at Between Fact and Fiction
Great discussion of what steampunk is from the Book Smugglers blog
Whew.  We made it!  Now it’s time to let you loose into the comments section.  What’s your favorite science-fiction work?  Anything I missed?  Want to flay me open for overlooking something that you absolutely love?  Any recommendations?
Hope you enjoyed this post.
Oh, and because I couldn’t resist, here’s a parting photo.